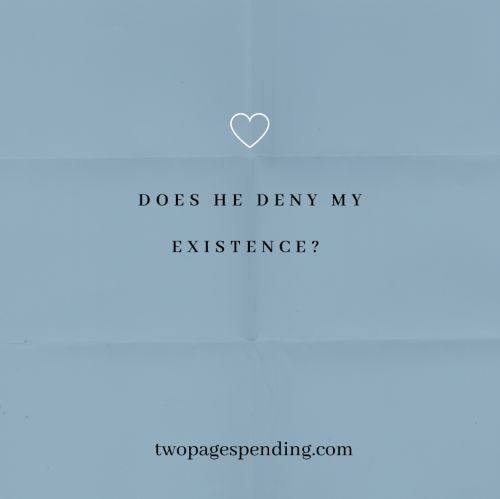 Does he deny my existence?

It’s been nearly a year since I first made contact with my birth mother. Communication is very slow. It takes approximately over a month to hear a response to my letters.

Over the last few letters I have been pressing my birth mother about finding my birth father. Throughout the letters she advises me not to search for him. Although I selfishly made known to her, it wasn’t her choice to make and I appreciate her trying to “protect” me. Reluctantly she passed over his Korean Social Security Number to the agency.

The agency initially conducted a NCRC (national criminal record check) to obtain the most current address for my assumed birth father.

Once they received the most recent home address, they sent a registered letter. The letter contains the birth parents name, minor details someone is searching for family of a person born in 1995. It is made quite ambiguous just incase another family member opens/reads the letter and they are not aware of my existence.

A little while later. It was assumed my birth father’s wife received the letter and contacted the agency. She wanted to know what the agency was reaching out to him for. The agency advised it was a personal matter and they had to speak with the husband directly.

The agency were able to speak to my assumed birth father. But advised he had no idea who my birth mother was, the information of where he lived and worked at a young age was different from what we know.

There could be two reasons why this was the response;

1. It is my birth father and his family are unaware of my existence
2. Genuinely, it’s not him.

Personally, I’m leaning to choice number one….. Information obtained from a NCRC and social security number would be very accurate. There are also a few other factors that also push myself to believe it’s him.

Even though it’s not the answers I’m looking for, I need to respect his choice. Whilst he may choose to deny my existence, he will always know and live with that for the rest of his life.